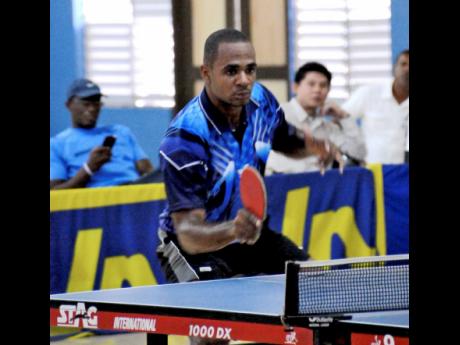 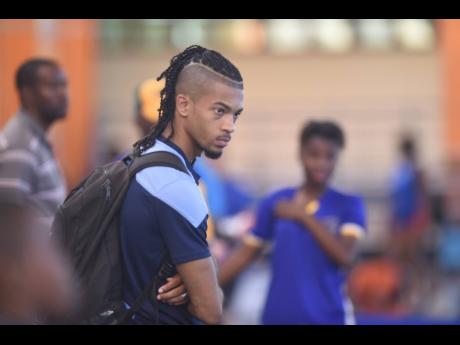 Simon Tomlinson and Kane Watson will start their bid for Olympic table tennis glory today. They are among 27 men with the same goal at the five-day Latin American Singles Olympic Qualification tournament in Rosario, Argentina.

Tomlinson is seeded at 20 in this qualification event and Watson is the 21st seed. The strong entry list includes six players ranked in the International Table Tennis Federation's top 100, with Paraguay's Marcelo Aguirre on top at number 63. Emil Santos of Santo Domingo, winner of the men's singles when Jamaica hosted the Caribbean Regional Championships in 2018, is the 10th seed.

Tomlinson and Watson will also have to watch out for the 15th seed, Wu Jiaji. The right-handed Chinese player became eligible to represent Santo Domingo in 2019 and took the silver medal at the Pan American Games that year.

The Jamaicans have been training in the United States and recently they both produced good results at the Florida State Qualifier from March 19 to 21. Watson won the under-2300 rating singles, and Tomlinson was the runner-up in the Division 1 Giant Round Robin section.

They both were grateful to get match practice ahead of the challenge that lies ahead in Rosario. "It was surprisingly good after a year of calamity, after a year of no competition, of hardly any training at a very high quality," reported Tomlinson on March 24. The reigning national champion lost just once, 0-3 to Hector Berrios, Puerto Rico's three-time Caribbean champion, in seven trips to the table.

"I still need improvement," Watson said. "But, I have to give thanks for the small victories and look ahead to the bigger ones." He eliminated top-seed Alejandro Roldan 3-2 in the round of 16; and in the final, the big Jamaican outlasted Jose Alvarez 3-1.

He was pleased with his fitness. "You know tournaments require a different type of fitness because mentally your mind is more into it, so it's more taxing on the body so I've been running, skipping, doing the necessary; but for tournament play, getting that one tournament under my belt helped a lot," Watson said.

Since then, the 2018 Caribbean doubles runners-up had been refining the skills in training at the Broward County Table Tennis Club, under the guidance of Santo Domingo coach Frank Arias, who is with them in Argentina.

The latest world rankings list Tomlinson at 701 and Watson at 753.

Garfield Jones, Michael Hyatt and Stephen Hylton are the only Jamaicans to have played in the Olympics, with Hyatt at the table at both the 1992 and 1996 Games.