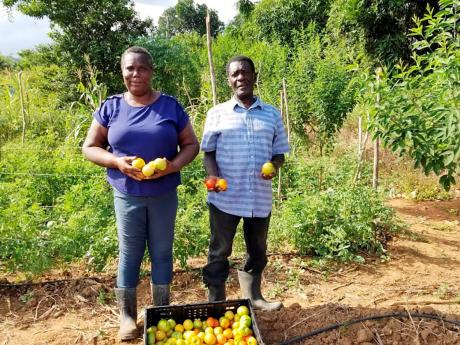 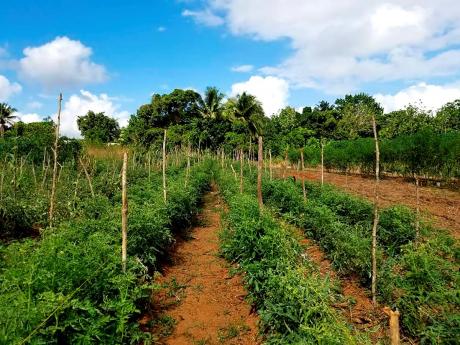 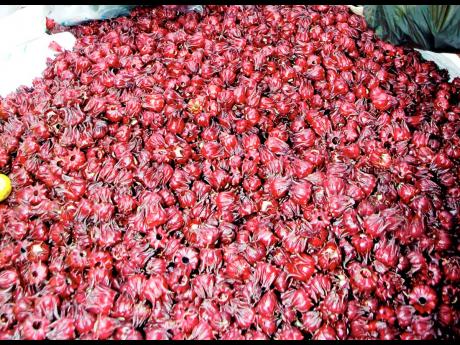 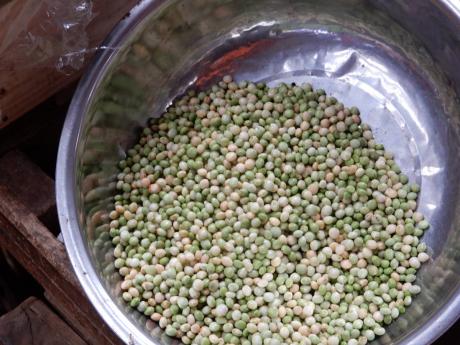 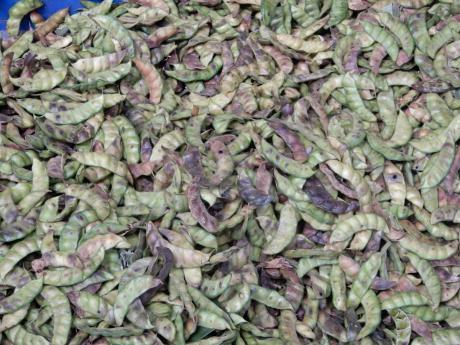 Leroy Carty and his wife Hillary Cameron-Carty have a passion for farming. They have been together for 35 years, and have been farming together for about 25 of those years.

“I love farming! My dad was a big farmer. This is what I use and send my children to school,” Cameron-Carty, 55, told The STAR.

Since the end of summer holidays in August, while her husband was on the overseas farm work programme, Hillary has been utilising three acres of their 12.5-acre property in their district of Wakefield, Linstead, St Catherine, to prepare crops such as sorrel, gungo peas, tomatoes, and peppers. Mindful that these crops are Christmas staples, the Cartys are going all out to put them on the plates and in the glasses of Jamaicans this Yultide season.

“We’ve been selling these stuff for a while now. Sometimes, depending on the weather, we have a lot of crops for sale,” Leroy, 62, said.

“Sometimes I don’t even have enough to sell,” his wife added.

Although the Cartys have sorrel for sale throughout the year, during the Christmas season, the demand for the crop increases, and naturally, so does the price. Hillary said she looks forward to the season the most because of this.

“I don’t take my sorrel to the market, I mostly do orders. For the Christmas you’ll have people ordering up to 20 lb, so if it get kinda scarce, the price will go up,” she said.

“Generally, everybody wants their sorrel for the Christmas and peas to make gungo rice and peas, so you get a little more people buying, my things dem sell and me make money,” she added.

Hillary recalls 2014, which she says was their most memorable Christmas, to this day.

“I planted sorrel, I planted tomatoes, and sweet pepper, and a right pon mi veranda mi sell. That year I was able to prepare Christmas for my grandchildren and my children. I also had chicken selling that year. Oh Lord! People just pass and see me in my farm and stop to order what they want,” she said.

When Hillary isn’t preparing crops for the Christmas season, she wholesales crops such as cucumbers, corn, and cassava planted by her husband to vendors in the famous Linstead market.

“The other day I credit a stove and I was able to pay for it in the space of three months, just by selling sorrel,” she said.

The Cartys noted that, however, it’s not always sunshine and roses where business is concerned.

“One of the bad things about being in business at this time of the year is when there is a glut. The other day I panted some cucumbers and there was a glut, so most of it spoil,” Hillary told The STAR.