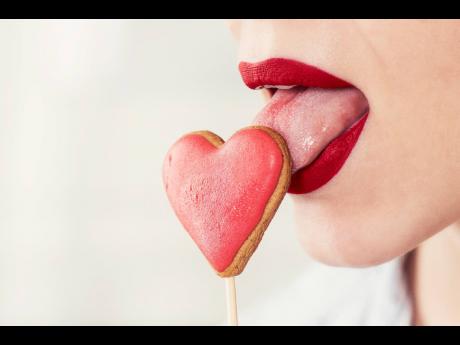 Chevaughn emails Check Up with concerns about oral sex. She’s 18 years old and only recently sexually active. Her male partner is into oral sex but she’s not too keen on it. Chevaughn has concerns about hygiene and the transmission of germs. She is also a religious person and wonders if it is a sin.

Well, that’s a lot to comment on! Check Up doesn’t do religious commentary, but some ‘counselling’ is ‘OK’ for sure!

Studies show that oral sex is practised by the majority of sexually active couples, even if they don’t speak of it. It is also not directly referred to biblically (although Song of Solomon does make allegoric references to the act). It seems to be a practice which is left to the choices made individually by each couple. Some individuals are comfortable with it, some are not, and others include it as an integral, and much-enjoyed, aspect of their relationship their sexual partner.

Ultimately, the practice of oral sex is a matter of choice between consenting couples, and it’s not necessarily for everyone. Neither is it in any way restricted to non-heterosexual sexual groups. It’s a personal decision, or a decision to be made by a couple after discussion, or even after counselling if the matter remains unresolved.

Oral sex practised between healthy people is safe and clean. If an odour is present because of sweat, urine (men and women) and normal female discharges, then partners can wash off or have a shower before participating in oral sex. There can be an odour at times, but it’s well recorded that in a healthy person, the genitals harbour significantly less germs than the mouth does!

Also, some partners welcome the scent of their mate so long as the person practises proper hygiene, like bathing daily or twice daily, especially in the tropics.

Oral sex refers to the use of the mouth and tongue to stimulate the genitals or other areas of the body of a partner. Sexual surveys would indicate that oral sex is practised by people of all ages, races, gender or sexual orientation and that nearly 60 per cent of adults have either received or participated in oral sex. These sexual statistics also reveal that women receive orgasm more easily from oral or manual sexual stimulation than during regular penetrative intercourse.

Many younger couples who are not on birth control also participate in oral sex as there is no risk of pregnancy.

However, sexually transmitted infections (STIs) can also be transmitted by oral sex. There’s no avoiding that, just as with normal penetrative sexual intercourse, unless protective methods are used, such as condoms. Herpes, gonorrhoea, chlamydia, trichomoniasis, HPV, HIV, syphilis and others, can all be transmitted by the mouth to a person receiving or giving oral sex.

Partners who have cuts or other wounds in their mouth are at a higher risk of contracting an STI via that cut. Of course, with the healthy couple, who knows their sexual disease status by both parties testing for them at their doctor if already sexually active, this would not be a current concern.

Also, oral sex does not cause cancer! Let us immediately debunk that myth. Finally, oral sex is a completely personal and private choice!