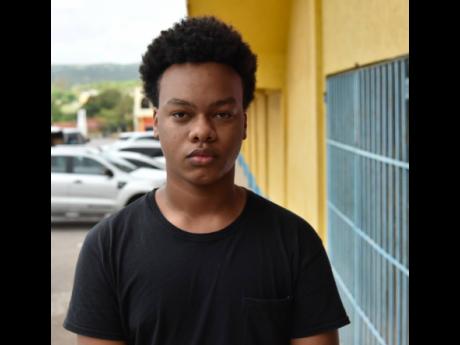 It is not often that you meet a 16-year-old who is more interested in using his hard-earned money to help others.

Raquan Turner says that he is not interested in having many material things. For him, his money is best served by assisting others who need it the most. Recently, he used his wages from a Saturday job that he has to buy supplies to take to the Windsor Boys' Home in Mandeville, Manchester. His aunt, Allison Turner, was so impressed that she ended up purchasing items to include in his giveaways. Raquan shared that his need to make an impact in the lives of others started when he was six years old.

"There was a young guy across from our house in Mandeville, one of those unfortunate individuals. So I normally just go across the street to have a snack with him, and I loved the feeling that I got when he got something that he didn't normally get," he said. Raquan said it was at that point that he decided that he wanted to do that every day. So he just kept on going, sharing whenever the opportunity presented itself. Ten years later, his passion has grown even stronger, with him spending his Saturday wages on various causes.

"Even though it's not a lot of money, that's all you need. It doesn't have to be big, you can start off small," he said, adding that his dream is for others to emulate him and make a difference.

Quizzed on whether he treats himself, Raquan brushed it aside as he said he doesn't need 10 pairs of shoes or loads of clothes. He is more focused on treating unfortunate individuals, and hoping others will be inspired to do the same.

The Munro College past student, who is now in lower-sixth form at St Elizabeth Technical High School, says the more he assists, the more he is inspired. His dream, he notes, is to help everybody.

"It might be a big dream, but it can't be too big," he shared. To accomplish his goal, he recently registered his charity business called Change A Life with Raquan, through which he hopes to host events, with the proceeds going towards offering even more assistance.